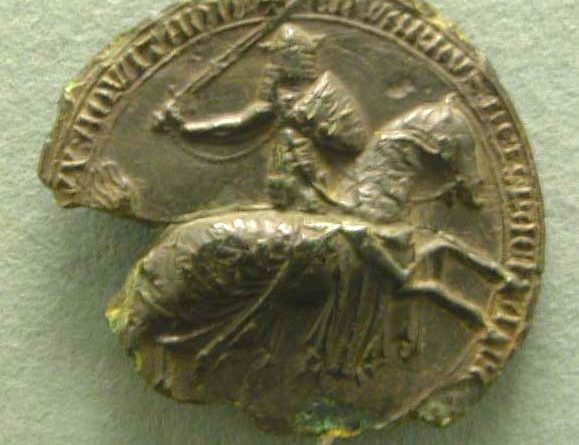 Edward III needed to recruit a new army in 1338 as his forces were stretched thinly. A force under the Earl of Salisbury was in the north, laying siege to Dunbar. Gascon nobles were complaining of the cost of defence, and the lack of support from England. The King had also tied himself to supporting the Low Countries in return for their assistance. Recruitment and financing this situation were now major considerations.

Recruitment in the Hundred Years War: 1338

All three were expensive in terms of finances and manpower. The issues with the Scots were ongoing and meant that levies of troops for France could not safely be ordered north of the Trent, as they were needed for defence of the Anglo-Scottish border. The commander of Saint-Sever in Gascony was already owed £11,400 for his maintenance of 500 men-at-arms and a thousand infantry, with costs rising daily. He needed payment, from Bordeaux, along with a relief force. The pledges to the Low Countries too were binding and would require the creation of a new army for overseas campaign.

To fulfil the pledges to his allies in the Low Countries, King Edward III issued orders on 26th February 1338. 4500 men were to be levied from counties south of the Trent, to be assembled no later than 12th May 1338 at Norwich. From here, the army would depart from ports on the East Anglian coast for service on the continent.

On 1st March 1338, this order was followed by one pertaining to assistance for Gascony. Wales and the south-west would raise a force of 1000 men to be ready to depart from Portsmouth on 29th April.

The total number of men to be raised for new overseas expeditions was 5500. Additionally, an army of 4500 was to be maintained in the north.

This is not the only increase in military force, or expenditure though. The French had begun a series of raids on the South Coast and Channel Islands. This resulted in coastal defences needing to be improved. Along the length of the coast from the Thames to the Bristol Channel there was a need to be on guard against French raids. This meant extra manpower in major ports and expenditure on artillery and fortifications.

Planning for Naval Superiority in the Hundred Years War