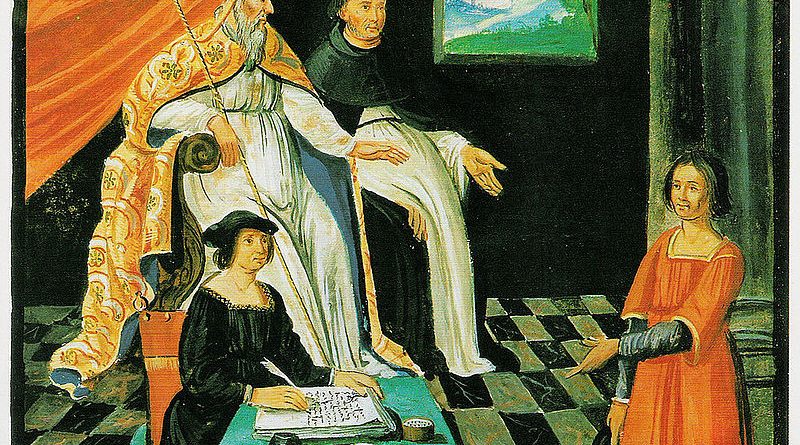 Giles de Rais was a well-known lord and soldier. He had acted as Marshall of France at the time of the French resurgence of the 1430s. In 1440 he became involved in a dispute at the Church of Saint-Étienne-de-Mer-Morte. As the dispute became heated, de Rais kidnapped the cleric with whom he was arguing. The event itself was innocuous and under most circumstances a noble of his standing may have been able to get away with it relatively unpunished. This was far from the case for Giles de Rais.

Investigation into the kidnapping by Giles de Rais

An investigation into the incident was opened by the Bishop of Nantes. In July, the findings were released. They were astonishing. Instead of a finding on the kidnap of one cleric, the bishop had uncovered a wealth of evidence that Giles de Rais was a serial child murderer.

Now de Rais faced religious and secular investigations. The enquiries found enough evidence to proceed with a prosecution, which also resulted in the arrest of, and charges being made against, his cousin and his servant.

Multiple counts of murder were made against the men. De Rais admitted his guilt before any torture was applied. Evidence was still heard against him.

He claimed that the murders had begun in the spring of 1432. After this date, the killing continued. His testimony stated that he had murdered an unknown number of children in Machecoul. In 1437, 40 unidentified bodies had been unearthed at Machecoul.

Giles de Rais and the occult

The trial also saw De Rais accused of occult practices, with priest Eustache Blanchet and the cleric François Prelati making elaborate descriptions of the lengths he had gone to attempting to summon devils. The method of luring, abusing and then murdering children was also outlined graphically in court.

De Rais was executed by hanging then burning. Despite being found guilty of heresy, he was granted his request to be buried at Notre-Dame des Carmes in Nantes.

Louis Sancerre, another Marshall of France.