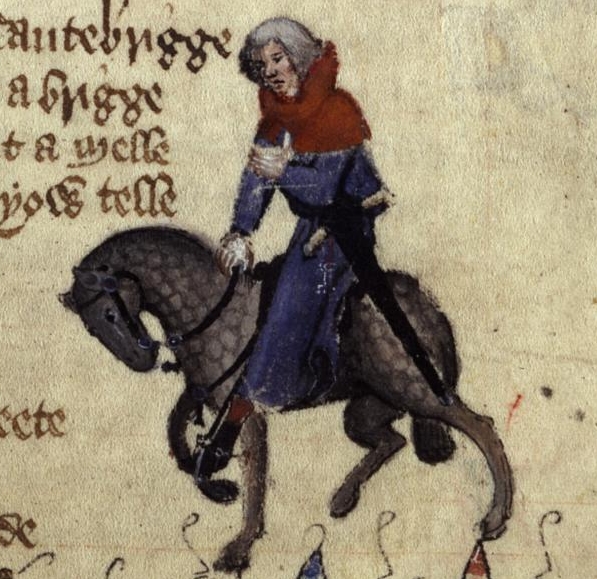 The Reeve from the Ellesmere manuscript version of the Canterbury Tales.

One thought on “The Reeve’s Tale”