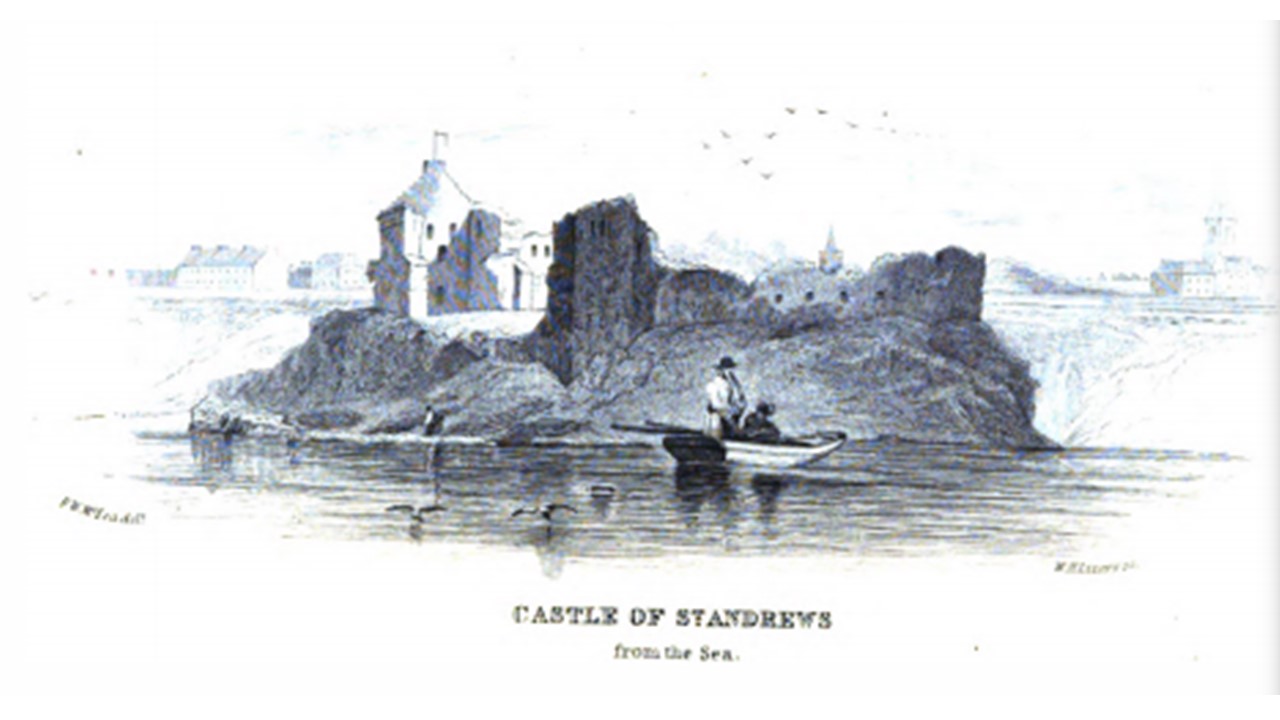 A precursor to the Hundred Years War was Edward IIIs conflict with the Scots. Having achieved his aims in the north, Edward returned to England and soon the diplomatic wranglings with France turned into war. In Scotland, this meant that some of the fortifications that had been left to cover the withdrawal of the English army were now isolated and vulnerable to siege. This was the case at St. Andrews Castle, which surrendered to Scottish forces on 28th February 1337.

The following text is taken from Saint Andrews as it was and as it is; being the third edition of Dr Grierson’s delineations, containing much curious and valuable information never before printed.

THE CASTLE. This fortress was founded towards the conclusion of the twelfth century, it is said in the year 1200, by Roger, one of the bishops of St Andrews, and son of Robert, the third Earl of Leicester after the Conquest. It stood on a point of land projecting towards the sea on the north side of the town. It was enlarged and repaired betwixt the years 1318 and 1328, by Bishop Lamberton of this place, who fixed his residence in it. But in 1336, Edward III, king of England, having subdued and laid under contribution the greater part of the Scottish kingdom, placed a garrison in the castle to command the town and neighbouring country. On his retreat into England, however, which happened a few months after, Andrew Murray of Bothwell, in conjunction with the Earls of March and Fife, besieged this stronghold with battering machines and reduced it in the space of three weeks. It surrendered on the 28th of February 1337, and they entirely demolished it a short time after. It remained for many years in a ruinous state, for Bishop Landels resided in the abbey and died there.

Dr Grierson’s book is in the public domain as the copyright has expired. A digitised copy of the book is available here.