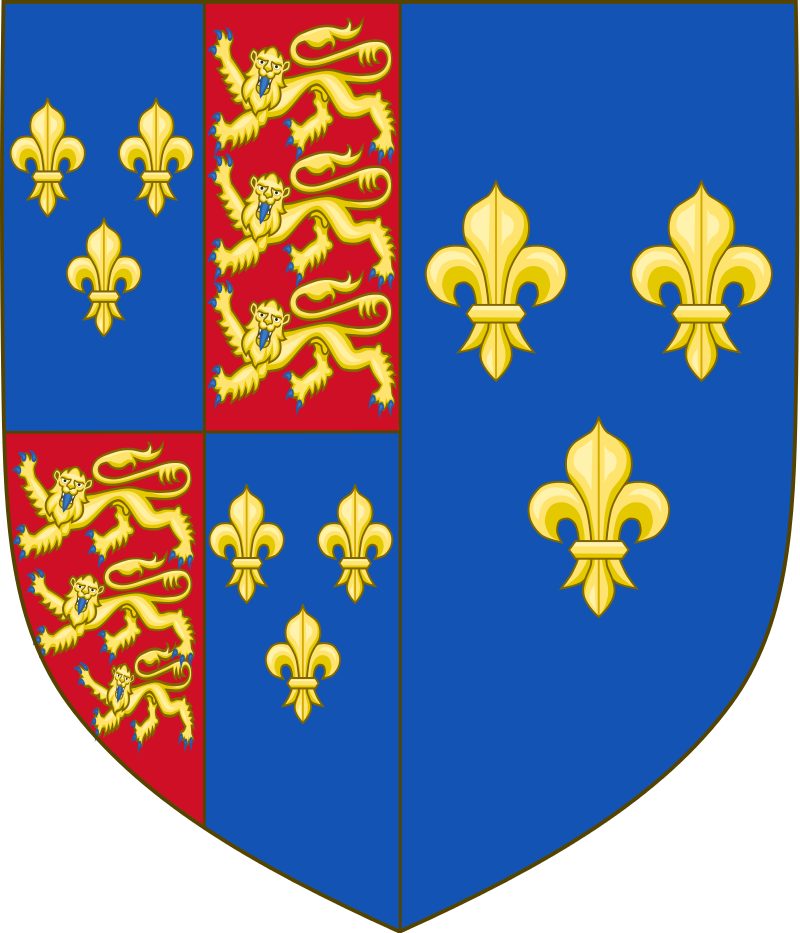 Coronation of Catherine of Valois at Westminster Abbey, 23rd February 1421

The Treaty of Troyes had secured Henry V the Regency of France in lieu of Charles VI, along with being named as heir to the French throne. Along with territorial and political agreements, a marriage union between Henry and Catherine, daughter of King Charles, was also agreed.
The marriage was a hugely important diplomatic tool in securing peace and hope for the future. The union was celebrated with a grandiose formal double entry into Paris on 1st December 1420.

Marriage and travel to London

The celebrations of marriage and the coronation coincided with the usual festivities associated with victories and the coming of peace. This was important for Henry V as he faced some political issues in the Parliaments of both England and France. The entry into London, and Queen’s coronation, were both useful as tools to garner him extra support.

The Royal Couple travelled from Paris to Calais, from where they sailed to Dover. The Queen then made a slow progress via Canterbury and Eltham toward London, with the King travelling ahead of her. Catherine was formally met by the Lord Mayor of London and city officials at Blackheath on 21st February. Escorted by members of the City Guilds wearing white robes carrying the guild insignia, she then travelled to the Tower of London amid much pageantry.

Catherine of Valois parades through London

On 22nd February, the Queen paraded through the streets of London. It is recorded in the Brut Chronicle:

No records survive of the coronation service itself. It can though be assumed that it was very similar to that of other Queen Consorts of the period: see 18th February for Philippa of Hainault’s coronation. Records do, however, exist for the post coronation feast.

Coronation feast of Catherine of Valois

The feast took place in Westminster Hall, with the Queen sat on a raised platform at the southern end of the hall. The King was not present, presumably to ensure all attention was on the newly crowned Queen. Catherine was accompanied at the high table by the Duchess of York and a number of Countesses. King James of Scotland attended to her in a ceremonial role.

The Brut Chronicle describes the layout of the hall and the seating arrangements. It was a gathering of many of the barons, bishops and wealthiest people in England. It is notable that some of the most senior nobles were absent, due to their roles in France. It was not only the nobility who were present. The celebration included the citizenry of London, Brut informing us that:

The banquet consisted of 45 dishes served over 3 courses. This may seem to be extravagant but is a lower number than served at the feast to celebrate the enthronement of the Bishop of Bath and Wells in 1425. Catherine’s feast contained no meat, as it was conducted during Lent. Instead, a large quantity of fish was procured for the banquet. Exchequer records show that the cost of the fish was £46 13s 4d.
Thanks to the quality of existing source material we know that the centrepieces of each course were carefully crafted to illustrate various heraldic devices. The arms of Henry and Catherine in the first course, Henry’s motto on the second course and the Fleurs de Lis on the third. Each course also included items that made visual representations of St. Katherine.