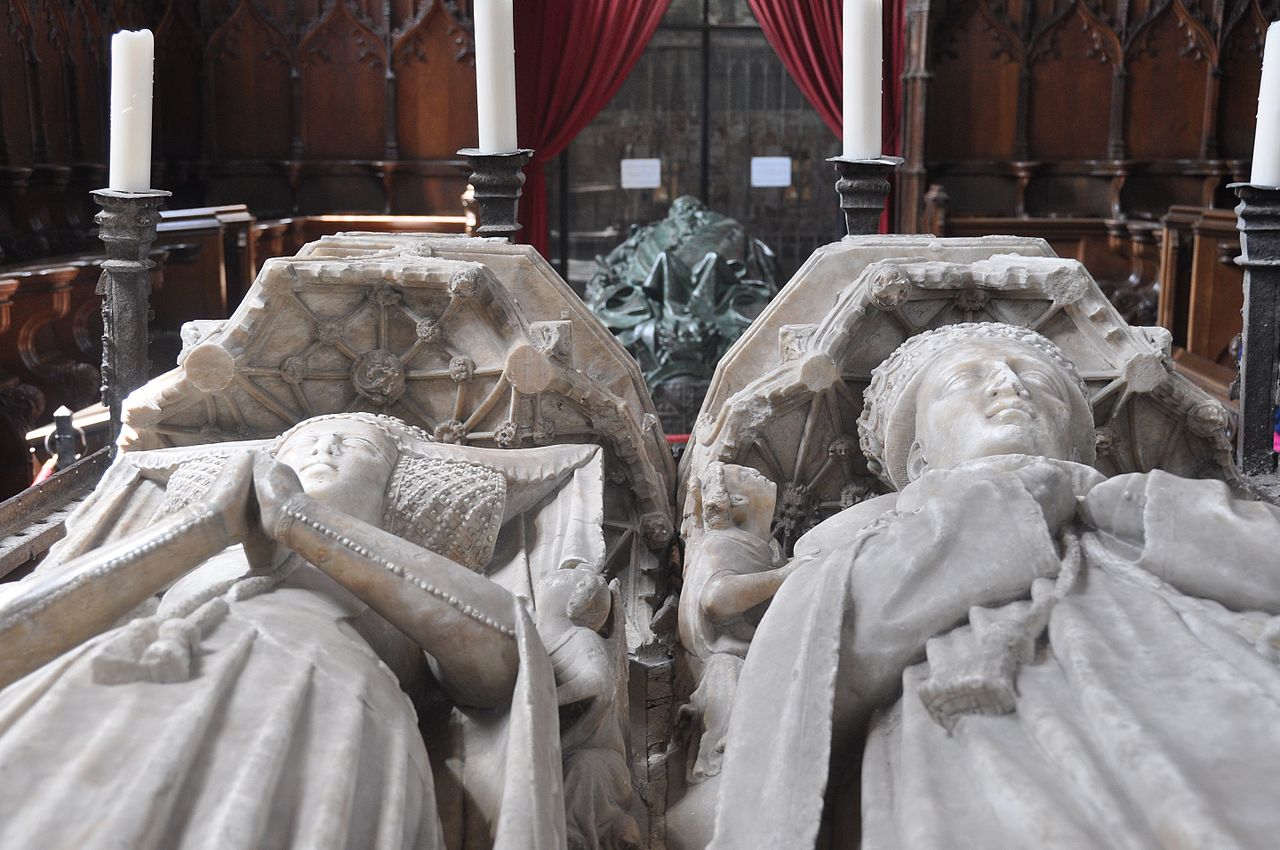 Beatrice of Portugal was an illegitimate daughter of John I of Portugal who was born in 1382, before the king’s marriage to Phillipa of Lancaster. It was Phillipa who had responsibility for the education of Beatrice and all of the other children of the royal household. In this role, she also influenced decisions over marriage contracts.

Philippa’s links to the court in London were to prove important. It allowed Philippa to arrange a match for Beatrice with Thomas FitzAlan, 5th Earl of Arundel. This marriage was warmly welcomed in Lisbon and London as it reiterated the intention of both countries to retain the alliance that had been agreed. Coming at a relatively early point in Lancastrian rule in England, it was of significance and Philippa was ideally placed to enable a suitable match that would be of benefit to her husband, the King of Portugal, and brother, Henry IV of England.

As was normal at the time a proxy marriage was held for Beatrice of Portugal and Thomas Fitzalan. This took place in Lisbon in April 1405. Beatrice of Portugal was then escorted to England by her brother, Alfonso, and accompanied by her ladies-in-waiting and a number of important Portuguese subjects. Upon arrival in England there would be preparations for the formal marriage ceremony, and the entourage would also busy themselves making commercial agreements.

The marriage of Beatrice of Portugal and Thomas FitzAlan, 5th Earl of Arundel took place on 26 November 1405 in London. The ceremony was attended by King Henry IV which demonstrates the diplomatic value of the union.

In 1415 Thomas FitzAlan was one of King Henry V’s main advisors and military commanders. He had been given responsibilities relating to the provisioning of Henry V’s campaign in Normandy and when the expedition embarked was at the head of a large retinue under his own command. Thomas, however, became one of the men who fell ill at the Siege of Harfleur. He was returned to England for treatment but died in October 1415.

Thomas’ will placed his wealth into trust for his wife and so she was a wealthy widow. Unlike many other young widows of the period, Beatrice did not remarry quickly. It was not until 1432 that a license to remarry was obtained for a marriage to John Holland, 2nd Duke of Exeter, which took place on 20th January 1433.

Beatrice of Portugal died, without issue, in Bordeaux in 1439. She is buried alongside her first husband in the FitzAlan Chapel at Arundel Castle.

Freelance History Writer – Letter from Queen Philippa of Portugal to her brother King Henry IV of England – 1405. It relates to the marriage of Beatrice of Portugal to Thomas Fitzalan, earl of Arundel.

British Museum – Beatrice of Portugal, Countess of Arundel. Objects from the museum relating to the Countess.

National Archives – A petition made by Beatrice of Portugal, Countess of Arundel, relating to wine imports arriving at Southampton from her father.

Fitzalan Chapel at Arundel Castle – chapel of the Dukes of Norfolk and their families. Thomas, 5th Earl of Arundel, and his Wife Beatrice, the illegitimate daughter of King John of Portugal. Wikimedia.