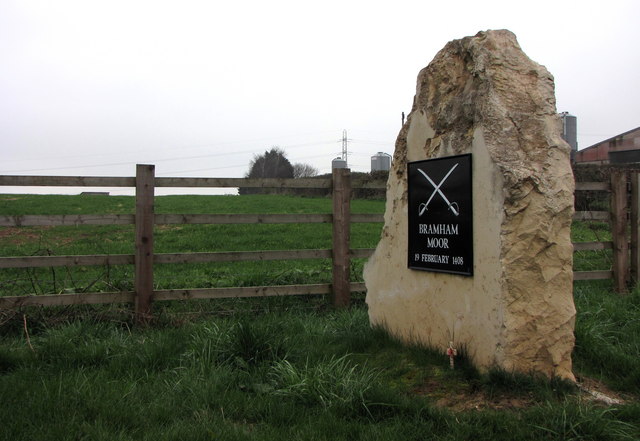 The Battle of Bramham Moor was fought on 19th February 1408. It brought the Percy Rebellions (1402-1408) to an end as forces loyal to King Henry IV defeated the Earl of Northumberland’s force. Henry Percy, Earl of Northumberland, was killed fighting a rear-guard action towards the end of the battle. His ally Baron Bardolph also suffered wounds from which he died shortly after the battle. Percy’s force was virtually destroyed, with many of the leading rebels who survived the battle being executed by the victors.

Though the Percy family had supported Henry Bolingbroke when he usurped the throne in 1399, they joined the rebellion of 1403. This was fuelled by their anger at King Henry IV’s decision to deny them the financial rewards due from ransomed Scottish prisoners following the English success at the Battle of Homildon Hill (1402). Henry Percy and Thomas Percy, earl of Worcester, rebelled as a result and declared themselves to support the Mortimer claim for the throne. It led to the the Battle of Shrewsbury (1403) in which Henry ‘Hotspur’ Percy was killed and the future King Henry V seriously injured.

Though defeated at Shrewsbury, the Percy family did not sue for terms. They again rose in 1405 which resulted in a further defeat. In 1408, the Percy family, their retainers, and some Scottish men, rise for a final time. They marched from exile in the Lowlands of Scotland into the lands that were traditionally theirs to rule. They marched south via the Percy bastion of Seamer and Thirsk, towards Tadcaster. At Tadcaster the Earl of Northumberland intended to meet up with Sir Thomas Rokeby, High Sheriff of Yorkshire.

Rokeby, however, was luring Henry Percy into a trap. The earl discovered this before reaching Tadcaster. Rokeby had arrayed a number of local levies and the retinues of nobles in the area who remained loyal to the Lancastrian regime. Now, the under strength Percy force sought to out manoeuvre Rokeby. Rokeby had deployed near Knaresborough, Percy’s scouts warned him of this and he was able to avoid contact, and made for the safety of Wetherby, which he reached on 18th February.

Rokeby too was receiving reports from scouts and knew of Percy’s whereabouts. He was able to keep in close contact with the Percy force as it headed south, prompting the Earl of Northumberland to draw up his small army in a defensive formation on Bramham Moor.

Little is known of the action that took place at Bramham Moor. It is assumed that the engagement followed the traditional format of archers attempting to thin enemy lines before infantry engaged. What is known is that Henry Percy, Earl of Northumberland, was killed fighting a desperate rear-guard action. His ally, Lord Bardolph, was seriously wounded and died of these wounds after the battle. The loyalist force commanded by Rokeby seems to have suffered few losses and won a victory in a relatively short period of time.

Henry Percy’s corpse was then hanged, drawn and quartered by the victorious force. The Earl’s head was sent to London and displayed on London Bridge, with other body parts being sent for display at other locations around the country. eventually, his remains were sent to York, where they are entombed in York Minster. There were few men of rank in the Percy army. The Abbot of Hailes was executed whilst wearing his armour. The Bishop of Bangor, among Percy’s force, was spared execution as he had born no arms and was wearing his vestments.

The Battle brought a decisive end to the Percy revolt. Lands held by the Percy and Bardolph families were redistributed to men loyal to the King. This saw the Neville of Westmoreland family gain estates and prominence in the North East, which several decades later would see bitter clashes between their heirs and those of the reinstated Percy family, which contributed to the causes of the Wars of the Roses.

The Battle of Bramham Moor, 1408 Bramham Moor saw the death of Henry Percy, earl of Northumberland. Percy had been a key ally of Owen Glen Dwr in his rebellion against Henry IV. He had been in exile in Scotland, but changes in Scotland made him feel unsafe, and having spent time in Wales and then France, he returned to Scotland, raised a small force, and invaded England, where he was defeated and killed by Yorkshire knights led by the Sheriff of York. David Rogers. Geograph. CC BY-SA 2.0