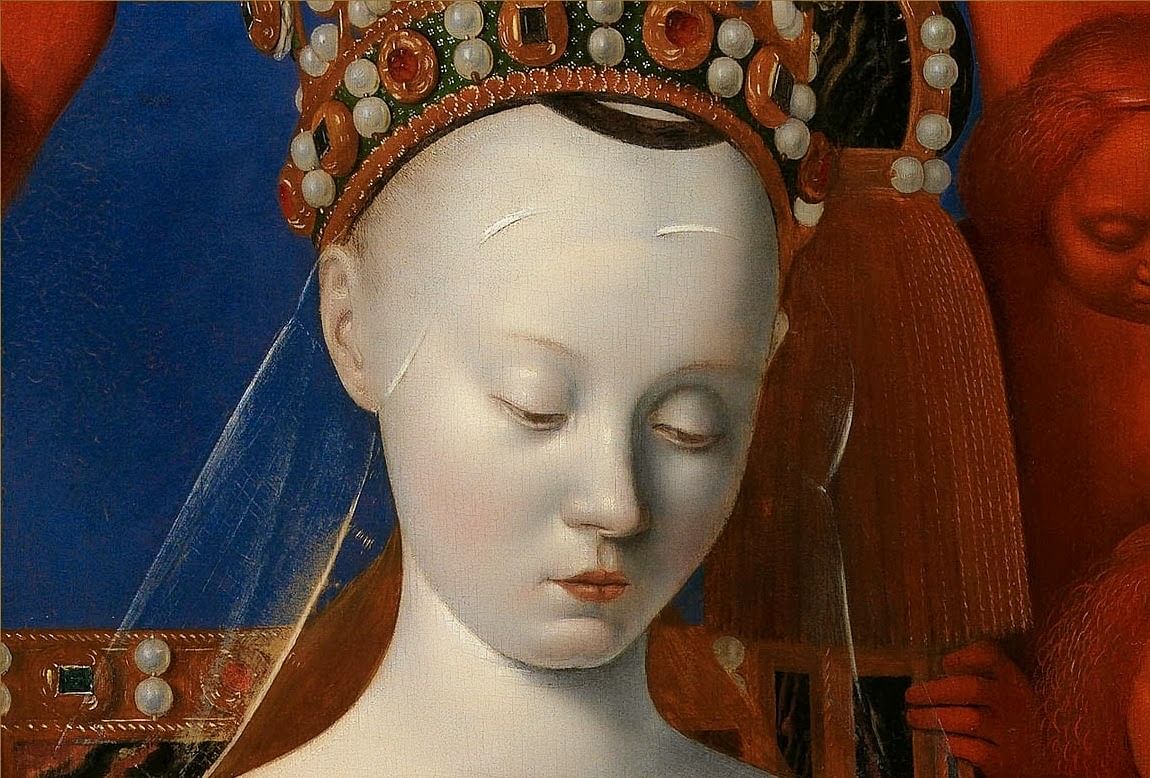 Agnes Sorel was born in 1422 into a family holding the rank of minor nobility from Fromenteau in Touraine. As a young girl she was attached to the court of Rene of Anjou and his wife, Isabel of Lorraine. It was through the connections of Rene and Isabel that Agnes Sorel was to gain fame, rank and influence.

King Charles VII was the brother-in-law of Rene of Anjou. It led to the King and Queen meeting with Rene and Isabel at functions. By the early 1440’s Agnes Sorel had risen to become one of Isabel of Lorraine’s Ladies-in=Waiting. As such, she began to accompany Isabel to functions and aged 20 or 21 she was introduced to King Charles VII. The King was almost double Agnes’ age but from first sighting her at festivals in Nancy, he became besotted with her.

In 1444 Agnes was transferred into the service of Queen Marie. Then, she became the King’s mistress. Charles VII made no attempt to hide the fact that he had Agnes as a mistress. He lavished gifts upon her including estates and money. Agnes was known to give counsel to the King and grew in significance at court.

The moniker Dame de Beauté was used to describe Agnes within her lifetime. This was a result of the Beauté-sur-Marne estates being granted to her by the king, and a reflection of her beauty. The gifts that Agnes received increased with the birth of each of the girls that the king fathered. She became wealthy in her own right, a change from the modest incomes afforded to earlier, hidden, mistresses at the French court. It extended to Agnes having a household of her own, at a time when she was nominally still part of the Queen’s household.

Despite the very public show of affection toward Agnes from the King, Queen Marie seems to have been agreeable to her role. It is quite likely that Queen Marie’s mother, Yolande of Aragon, was instrumental in the rise of Agnes at Court, Agnes having risen through her own household and Yolande being extremely adept at knowing how to manage situations. It is, perhaps, from Yolande that Agnes gained guidance on how to influence the King. And it is telling that the King seemed to be more in control of an often chaotic French court following the emergence of Agnes as his mistress.

The role that Agnes Sorel began to play in the French court provoked anger in some quarters. A young woman with no political experience was advising on matters of state. Worse still, she flaunted her beauty and became known for her outrageous sense of fashion. Agnes had her clothes custom designed and they included a dress that left a breast exposed. The Archbishop of Rheims is said to have advised the King to put a stop to the wearing of clothing at court that had ‘front openings through which one sees the teats, nipples, and breasts of women’.

It was to no avail. King Charles VII found in Agnes a solution to the depression that he suffered from. She made him happy, and he continued to grant her gifts and favour. So much so that he provided for Agnes a semi-official role at court, thus making Agnes Sorel the first ‘official’ mistress of France’s monarchs.

Monstrelet the Chronicler, a contemporary, said of Agnes:

“So this Agnes was of a very charitable way of life and liberal in alms-giving, and of her possessions she distributed widely to the poor, to the churches and to beggars’.

From 1444 to 1450 Agnes bore three children to King Charles VII. Heavily pregnant with a fourth child, she made her way to visit the King who was on military campaign preparing for the Siege of Rouen. The King, unusually, did not seem eager to see Agnes and had her go to the abbey at Jumièges. Here she went into labour, bearing the King a fourth child, another daughter. Agnes never recovered from her labour. She suffered severe abdominal pains and became very frail. She died on February 9th 1450. Officially, she had died of Dysentery but there were contemporary accusations that the Dauphin had plotted to have her poisoned.

Agnes and the Dauphin had failed to see eye to eye on most issues. To the Dauphin, she was an embarrassment, degraded his mother and was to blame for many of France’s problems. It was a view that had gotten worse following his failed revolt against his father and subsequent exile to the south west of France. However, with Louis hundreds of miles away. there was little evidence to corroborate suggestions that he had arranged for Agnes Sorel to be poisoned. That was until 2004, when Agnes’ remains were exhumed. Scientific tests on her body discovered that she had an internal concentration of mercury that was between ten thousand and a hundred thousand times that which would typically be discovered in remains. It does not prove who killed her, but that amount of mercury is fatal.

The Cultural Me – Biography of Agnes Sorel

One thought on “Agnes Sorel”