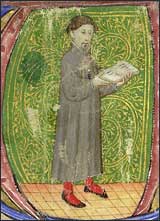 THE TALE OF MELIBEE