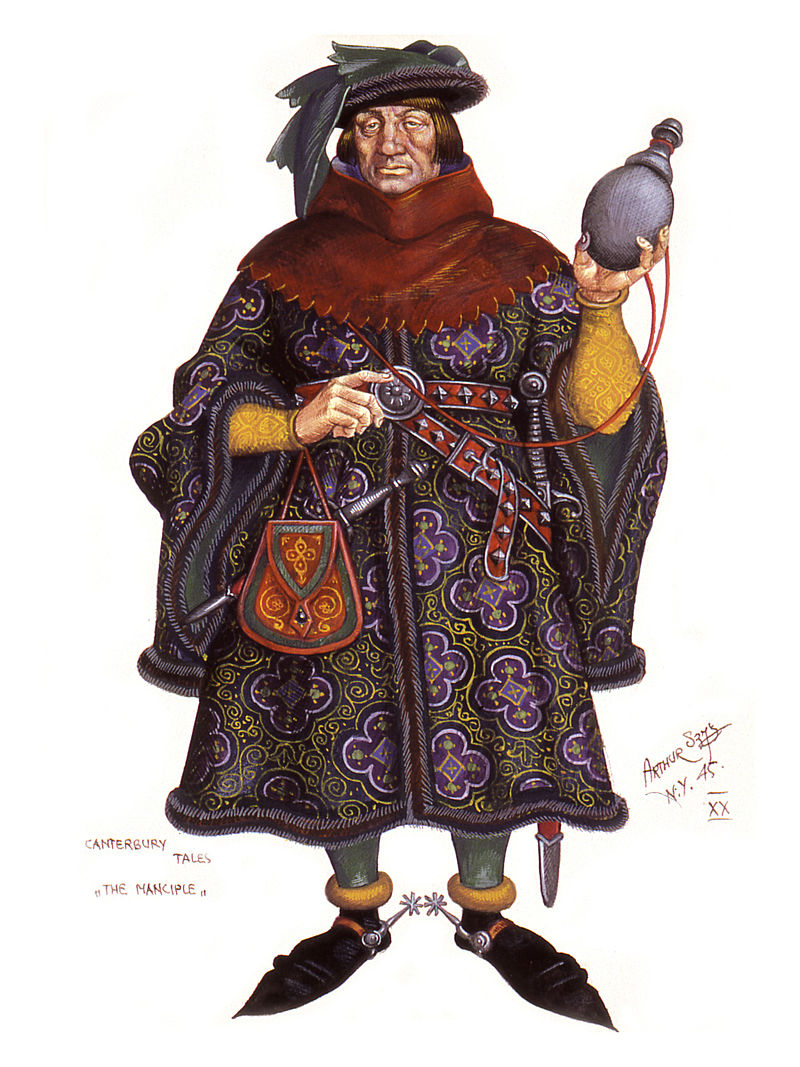 THE MANCIPLE’S TALE OF THE CROW

Modern illustration by Arthur Szyk, showing the Manciple dressed in a short robe and cowl. Though he holds a flask, his stern face and the multiple weapons on his belt reveal his guarded demeanor. By Arthur Szyk – The Arthur Szyk Society, Burlingame, CA (www.szyk.org), CC BY-SA 4.0, Wikimedia.